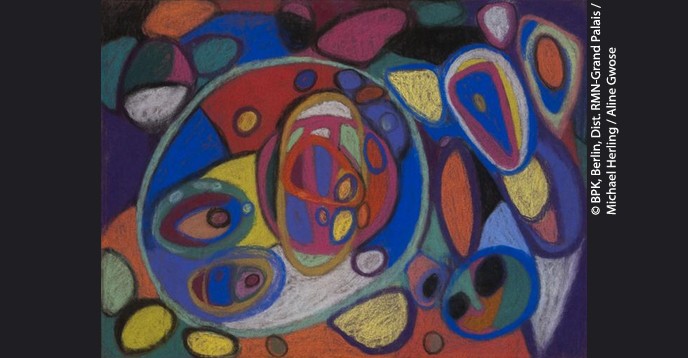 The effects of the historic evolution of humanity and of the advance – be it ever so precarious – of moral consciousness and reflection, have resulted in men apprehending today more clearly than heretofore, though still very imperfectly, a certain number of practical truths about their life together, on which they can reach agreement, but which, in the thought of the different groups, derive, according to types of mind, philosophic and religious traditions, areas of civilization and historical experience, from widely different, and even absolutely opposed, theoretical concepts. Though it would probably not be easy, it would be possible to arrive at a joint statement of these practical conclusions, or in other words, of the various rights recognized as pertaining to the human being as an individual and a social animal. But it would be quite useless to seek for a common rational justification of those practical conclusions and rights. That way lies the danger either of seeking to impose an arbitrary dogmatism, or of finding the way barred at once by irreconcilable divisions. While it seems eminently desirable to formulate a universal Declaration of Human Rights which might be, as it were, the preface to a moral Charter of the civilized world, it appears obvious that, for the purposes of that declaration, practical agreement is possible, but theoretical agreement impossible, between minds.

Now that these basic truths have been made clear, I have less hesitation in saying that as a philosopher I am concerned with the principles as much as, and more than, with the conclusions, and with the rational justification of human rights as much as, and more than, with a more or less effective practical agreement thereon. In embarking on the question of that rational justification, I am fully aware that, viewing things from a certain philosophic standpoint, which is for me the true one, I cannot hope for the agreement of those who hold to other philosophic principles.

The origins of the idea of human rights

I disagree with the view that the eighteenth century's concept of human rights was an extension to the individual of the idea of the Divine right of kings or of the indefeasible rights which God granted to the Church. I should be more inclined to say that that concept ultimately traces its ancestry from the long history of the idea of natural law and of the law of nations evolved by the ancient world and the Middle Ages, and more immediately springs from the one-sided distortion and rationalistic petrifaction which those ideas, to their great harm, have undergone since the time of Grotius and the birth of a mechanistic ratiocination. Thus there arose the fatal misconception of natural law – which is interior to the creature and precedes any explicit expression – as a written code to be proclaimed to all, whereof every just law would be a copy and which would decide a priori every detail of the norms of human conduct on lines claiming to be dictated by Nature and Reason, but in fact arbitrary and artificial. Moreover, the end of the matter was that the individual was deified and all the rights to which he was deemed entitled were looked on as the absolute and unlimited rights of a god.

To my mind, any attempt at rational justification of the idea of human rights, as of the idea of rights in general, requires that we rediscover in its true metaphysical connotations, in its realistic dynamism and in its humble dependence on nature and experience, that concept of the natural law which was defaced by the rationalism of the eighteenth century. We then understand how an ideal order, with its roots in the nature of man and of human society, can impose moral requirements universally valid in the world of experience, of history and of facts, and can lay down, alike for the conscience and for the written law, the permanent principle and the primal and universal norms of right and duty.

Simultaneously we understand how the natural law calls for completion, according to the needs of time and circumstance, by the contingent dispositions of human law; how the human group's awareness of the obligations and rights implicit in the natural law itself evolves slowly and painfully in step with the evolution of the group, and despite all errors and confusions yet definitely advances throughout history along a path of enrichment and revelation which has no end. Here we see the immense influence of economic and social conditioning and, in particular, the importance for the men of today of the new viewpoints and new problems, transcending liberal or bourgeois individualism and touching the social values of human life, which are being brought to birth by the crises and catastrophes of the capitalist economy and the emergence into history of the proletariat.

No declaration of human rights will ever be exhaustive and final. It will ever go hand-in-hand with the state of moral consciousness and civilization at a given moment in history. And it is for that reason that even after the major victory achieved at the end of the eighteenth century by the first written statement of those rights, it remains thereafter a principal interest of humanity that such declarations should be renewed from century to century.

Lastly, a reasonable concept of natural law allows us to understand the intrinsic differences distinguishing natural law as such, the law of nations, and positive legislation. We then see that any declaration of human rights necessarily involves a concatenation of rights differing in degree, of which some meet an absolute requirement of the natural law, such as the right to existence or the right to profess, without interference by the State, the religion one believes true (liberty of conscience), others responding to a need of the law of nations, based on natural law, but modified in application by human law and the requirements of  'common use' or the common good, such as the right to own property or the right to work – others again meeting an aspiration or desire of the natural law confirmed by positive law, but with the limitations required by the common good, such as the liberty of the press or more generally liberty of expression, freedom of exposition, and freedom of association. These last types of liberty cannot be erected into absolute rights, but constitute rights (conditioned by the common good) which any society that has attained a condition of political justice is required to recognize. It is modern liberalism's misfortune to have made that distinction impossible for itself, and thus to have been obliged either to contradict itself or to have recourse to hypocrisy, in order to limit the practical exercise of rights which it has confused with the fundamental natural rights and which theoretically it proclaimed as absolute and sacrosanct.

It remains true that a positivist philosophy based on observed facts alone, or an idealistic or materialistic philosophy of absolute Immanence is powerless to establish the existence of rights inhering by nature in the human being, antecedent and superior to written laws and agreements between governments, which the civil community is required, not to grant, but to recognize and enforce as universally valid, and whose abolition or infringement no consideration of social utility can even for a moment authorize. Such a concept cannot logically seem other than a superstition to these philosophies. It is valid and rationally defensible only if the rule of nature as an aggregate of facts and events includes and invents a rule of nature in the form of Being transcending facts and events, and is itself based on an Absolute greater than this world. If there be no God, the only reasonable policy is that “the end justifies the means”; and, to create a society where man shall finally enjoy his full rights, it is today permissible to violate any right of any man if this be necessary for the purpose in hand. It is an irony stained with blood to think that, for the revolutionary proletariat, the atheist ideology is a heritage from the most “bourgeois” representatives of the bourgeoisie, who, after calling on the God of the Deists that they might base their own demands on the natural law, rejected that God and the God of the Christians alike when they were come to power and sought to free the all-embracing exercise of proprietary rights from the shackles of the natural law, and to close their ears to the cry of the poor.

I think that two further general remarks are necessary. Firstly the family group is, under the natural law, anterior to the civil society and to the State. It would thus be important in a declaration of rights to indicate precisely the rights and liberties deriving under this head and which human law does no more than acknowledge. Secondly, if it be true that the foundations of human rights lie in the natural law, which is at once the basis of duties and of rights – these two concepts being correlative – it becomes apparent that a declaration of rights should normally be rounded off by a declaration of man's obligations and responsibilities towards the communities of which he is a part, notably the family group, the civil society and the international community. In particular, it would be important to bring into the light the obligations incumbent on the conscience of the members of a society of free men, and the right of that society to take suitable steps – through accepted institutions for the guarantee of justice and rights – to protect liberty against those who seek to use it in order to destroy it. The question was put in a form which we shall long remember by the activities of those who, before the Second World War, became the propaganda tools of racialist and fascist perversion, to disrupt the democracies from within and to arouse among men the blind desire to deliver themselves from liberty itself.

On the enumeration and formulation of rights which logically follows, I take the liberty of referring the reader, for a fuller exposition of my ideas than I can give here, to the outline in my small book on Les Droits de l'Homme et la Loi Naturelle (The Rights of Man and Natural Law, Paris, Paul Hartmann, 1942), where I tried in particular to show the need of complementing the declarations of the eighteenth century by a statement of the rights of man, not only as a human and a civic personality, but also as a social personality (a part of the process of production and consumption), and especially of his rights as a worker.

I would point out, too, that many valuable suggestions and lines of thought may be found in Georges Gurvitch's essay, The Declaration of Social Rights (New York, Ed. de la Maison française, 1944).

Finally, on the special question of freedom of the press and of the means for the dissemination of thought, it seems to me impossible to deal with this fully without reference to the work of the Committee on the Freedom of the Press, which in the United States has during the last few years investigated exhaustively all aspects of the problem and of which I had the honour to be one of the foreign members.