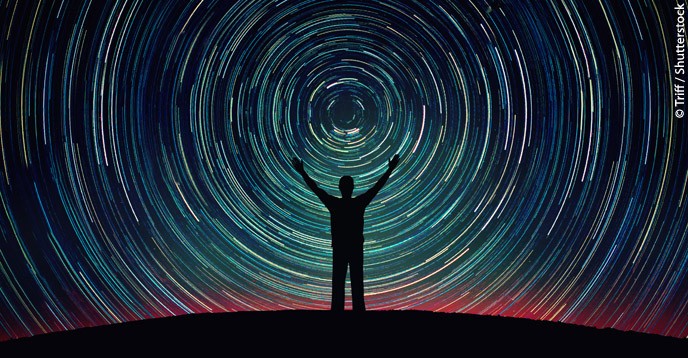 The usual approach to the bill of rights or to the establishment of any other cultural value ignores the foregoing principle. It is usual, for example, to assume that the traditional modern French and Anglo-American concept of freedom and its attendant bill of rights exhausts the meaning of the concept. Precisely this assumption operates when anyone proposes to extend the governmental forms of the United States of America to a United States of Europe or a United States of the World. Such proposals have always left their recipients cold.

Yet the reason for such a reaction is surely not far to seek. The classical French and Anglo-American concept of freedom, which its bill of rights is designed to achieve, is conceived for the most part in, or after the analogy of, purely political terms. Freedom consists both politically, economically and even religiously in being left alone. Although this is perhaps somewhat of an exaggeration, Emerson's dictum that the best government is the minimum government tends, according to this conception, to hold. Furthermore, the economic freedom to have the work necessary to maintain even a minimum livelihood tends to be left to chance, as a mere by-product of the individual actions of men or groups who operate independently. Similarly, psychological freedom of the sentiments, the emotions and the passions, which the Spanish and Latin Americans cherish, is hardly even recognized as existing. And often in the religious field, because of a freedom to believe any faith, there tends to arise a culture in which people have no deep-going convictions about anything.

In short, the price of a society rooted in the traditional modern bill of rights, has tended to be a culture of laissez-faire businessmen's values, with all the other values and aspirations of mankind left anaemic and spiritually and ideologically unsustained.

A bill of rights written in terms of the contemporary Russians' values and ideology would have virtues and demerits different in content but similar in its neglect of the values of other cultures. The same would be true of a bill of rights grounded in Spanish or Latin American values. For the latter bill of rights, the price which others would have to pay would tend to be a social system which escapes social anarchy at the cost either of monarchy or military dictatorship. A bill of rights formulated in terms of Oriental values would illustrate the same general thesis, as the difficulties of the contemporary Orient clearly indicate.

But to become aware thus of the inadequacies of a bill of rights defined in terms of the traditional values and ideology of any one of the nations or cultures of the world is to find the clue to the construction of an adequate bill of rights for a United Nations. The values and ideology of each nation or culture throughout the world must be determined and brought out into the open in terms of their basic assumptions.

More, however, is necessary. A designation of the diverse ideologies of the peoples of the world shows not merely that they differ but also that certain of them contradict one another. The latter is the case with respect to the ideologies of the present Western democracies and communistic Russia. Here we reach the real heart of the difficulty: an adequate bill of rights must guarantee the type of world in which there can be many ideologies; yet not even a catholic bill of rights can support a contradiction. For contradictories cannot be embraced. This means that an adequate bill of rights must both guarantee a world with a plurality of differing values and guarantee also a procedure by means of which peoples and nations can and must pass beyond their present ideologies when these ideologies are so mutually contradictory as to threaten the peace of the world.

Unless this second guarantee is provided, a recognition and fostering of the existent ideological pluralism of our world will generate war rather than peace and destroy rather than create a united world. This follows because contradictories anywhere, if not transcended, destroy one another.

The prescription for guaranteeing a transcendence of the contradictory and conflicting valuations and social ideals of certain existent peoples and cultures of the world should be clear: obviously one must go beneath the traditional ideologies to the considerations and methods which lead people anywhere to an ideology.

No conception of human values, no economic, political or religious ideology, as the history of human civilisation clearly shows, comes a priori, perfect in every detail, God-given from heaven. Even the founding fathers of the United States and even Karl Marx were mortal men and not perfect Gods. And being mortal men, they envisaged Utopia as the lessons of history and the finite empirical knowledge at their disposal at the time permitted them to envisage it. Thus at best they got facets of the truth, but not every facet.

Analysis shows that the basic assumptions of the political and economic Utopia of classical modern French and Anglo-American democracy are those for the most part of pre-Kantian British empirical modern philosophy. It is equally well known that the philosophical assumptions of contemporary communistic Russia are those of Karl Marx. Nor did the latter philosophical assumptions spring, with complete originality, into the mind of Karl Marx directly from the perfect omniscience of God. The philosophy of Karl Marx is a composite of contributions of his human historical predecessors, namely, Hegel, Feuerbach and the French socialists.

Nor were the contributions of the British empirical philosophers to the modern French and Anglo-American conception of human values and its bill of rights, or the contributions of Hegel, Feuerbach, the French socialists and Marx to the communistic Russian conception of a bill of rights as expressed in the Russian Constitution of 1936, mere philosophical speculations. Both sets of philosophical premises brought forward empirical, scientifically verifiable information in their support. This means that the philosophical premises at the basis of the diverse human values and ideologies of the peoples of the world are in part at least scientifically testable premises.

Consequently, ideological conflicts are issues which can be discussed in the light of empirical and scientific evidence and treated by means of the methods of scientific inquiry. It follows, therefore, that any bill of rights which will guarantee effectively the processes for transcending the inescapable contradictory and conflicting ideologies of the contemporary world must prescribe freedom of scientific inquiry and of philosophical investigation of the underlying problem to which the existent diverse, and in some cases contradictory, ideologies are different answers.

1) The guarantee of a world in which all the differing ideologies of the world gain expression, each one in part at least;

2) The guarantee of the freedom for, and the establishment of the scientific and philosophical inquiry into the basic premises of human and social ideologies necessary to provide the means for transcending and resolving the ideological conflicts of the contemporary world.