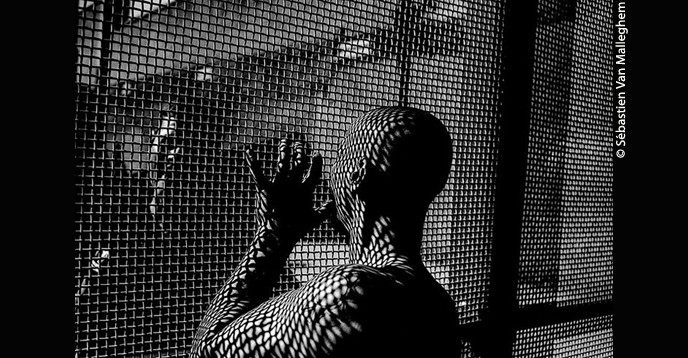 In considering the rights of the individual in relation to the State in which he lives, the limiting case is, in peace time, that of the person accused or convicted of breaking the law of that State. From very early times, long before the formation of organized governments, the community has assumed the right to protect itself against these enemies within its borders, by the corporate action of law, as it does in war against exterior foes. And, though in very primitive times, it is largely ritual offences, transgressions of taboos and customs of the tribe which are thus punished, still the private injuries, which at first were the subject of individual revenge, very early came to be considered as equally the concern of the whole community.

The history of this definition and limitation is the history of criminal law. The formulation of that law, the definition of the actions which justify the State in interference with the citizen has, in all civilized epochs, engaged some of the best minds; very much less attention has been paid to the question of what limits should be set to the forfeiture of his rights by the lawbreaker. Far too often this forfeiture has been regarded as complete, involving life itself Where life is spared, to what length is the State entitled to go in stripping an offender, permanently or temporarily, of his other freedoms? Has a human being some rights which the community has no moral sanction in mulcting him of?

Such questions have been fully recognized only during the last 200 years, and to Beccaria belongs the credit of being the first writer to bring them prominently before the notice of  the civilized world. Himself stimulated by the French philosophers of the eighteenth century, he, in turn, greatly influenced them.

Beccaria had proclaimed the measure of crime to be the injury done to society. Offences against God which do not endanger public security should be left to divine justice, and the object of punishment should not be the infliction of pain, but simply to deter the offender and others from future crimes. Thus he disclaimed – as did his followers – a semi-theocratic duty laid upon the State to punish moral depravity as such. The doctrines of these penologists of the period at the end of the eighteenth and beginning of the nineteenth centuries have never been either refuted or put into practice in their entirety. It is impossible to consider without horror the immensity of the needless human suffering which could have been saved if their views had really prevailed. “Wherever the laws suffer a man, in certain cases, to cease to be a person and to become a thing, there is no liberty,” wrote Beccaria. The history of the last twenty years in Europe has illustrated this only too vividly. It has, moreover, shown that where no limit is set to the power of the State over those who break its laws, where no rights at all are acknowledged to be universal, a definite international tension is likely to be set up. The minority of one country is often attached by racial or political links with the majority of another, and inhumanity in the treatment of such a minority convicted of breaking laws intended for the benefit of the majority has aroused, again and again, extremely bitter international hatreds.

A set of Minimum Rules

It was perhaps partly this aspect of the case, though it was not oblivious of its humanitarian side also, which determined the League of Nations to place the question of Penal Administration upon its agenda in 1929, and to request the cooperation of the International Penal and Penitentiary Commission in framing a set of Minimum Rules for the Treatment of Prisoners. These, after circulation to States (members and non-members of the League) were finally approved by the League as constituting a minimum below which no State's penitentiary system should fall (1934). The International Penal and Penitentiary Commission thus called into consultation by the League of Nations is itself an expression of the common interest of States in the proper administration of penal sanctions, i.e. of the ultimate relation of the State to the individual law-breaker. It had been in existence since 1872 as a standing body of penal experts appointed by various governments, and had organized ten International Conferences on penal questions. The minimum rules which the Commission proposed for the treatment of convicted prisoners were thus the result of long and wide study of legal punishment over the greater part of the civilized world.

Though not framed in the form of a statement of “rights”,  these rules would, if carried out in their entirety, ensure that the man in prison should not “become a thing” but should retain at least some of the conditions without which life becomes intolerable, even though the exercise of most of his cherished liberties were denied him. In fact, taking the list in UNESCO's Memorandum on Human Rights [27 March 1947], even if the Rules were scrupulously observed, the only freedoms reserved to the prisoner (during his incarceration) are numbers 1 and 14 – unless it be urged that “the good life” can be pursued even in a gaol.

It is to be observed that the right to decent treatment as a prisoner is not identical with number 18, the right to justice, since the offender who has been justly condemned should not thereby forfeit all claims to a tolerable existence.

Actually, so far from these rules being completely observed, with all their recommendations, it is doubtful whether any country has even attained these so-called “minimum” standards. The degree of attainment varies immensely from country to country, and in all countries which have directly suffered from the effects of the war, conditions have, in general, gravely deteriorated in spite of a few notable exceptions. Some of these exceptional modern experiments tend to show that the limitation of normal freedoms, the suffering (though not as a rule, physical suffering) deliberately inflicted by States for the prevention of crime is usually in excess of what, upon a utilitarian calculation, is justifiable, since milder methods can be found as efficacious for maintaining observance of the law.

“Minimum Rules” dealt mainly with the treatment of convicted persons, but abundant evidence was forthcoming that the treatment of untried or unconvicted people in custody was, in many countries, at least as gravely in contradiction with elementary human rights. The League of Nations was engaged in collecting, from the technical organizations with which it was in communication, proposals for regulations “to protect witnesses and persons awaiting trial against the use of violence, and any other forms of physical or mental constraint.” These proposed rules were actually discussed at a meeting of the same organizations in June 1939. This piece of work remained unfinished (but more than ever, necessary) at the outbreak of war.

Both the practical extent and the guarantees of the minimum rights of the prisoner vary very greatly from country to country. In many, the continued existence of capital punishment is an assertion that in the last resort the individual may forfeit every right.

The question of guarantees is peculiarly difficult in the case of prisoners. Their voice, as against that of those in authority over them, cannot make itself heard through the prison walls; their statements are often suspect. Safeguards through the admission of qualified persons to the prisons are most important. The surest guarantee against abuses lies in an alert and well-informed public opinion. Such an opinion the United Nations Organization is eminently qualified to guide. The acceptance by the League of Nations of definite standards for the treatment of those who are deprived of their liberty was a step in the right direction. Unfortunately the absence of any system of international inspection and reporting allowed this acceptance to be, in too many cases, a purely verbal one. But even so it will be an irreparable loss to the world if the foundations already laid are allowed to disintegrate before a new and lasting structure for the defence of the rights of a peculiarly defenceless part of the human race is erected upon them.