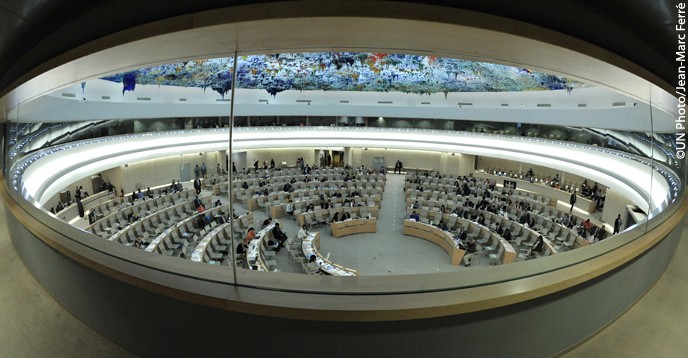 The first and most significant consideration in framing any charter of human rights today is that it must be on a global scale. In the past, there have been many civilizations but never one world civilization. Two different conceptions of human rights could and sometimes did subsist side by side and because of lack of communication, could even be unaware of one another. Today such a state of affairs is unimaginable. Whatever happens in one corner of the globe has an almost immediate repercussion on other parts. The days of closed systems of divergent civilizations and, therefore, of divergent conceptions of human rights are gone for  good.

The second consideration is that not only must there be uniformity between countries but  also uniformity within countries. In the past, civilization and culture were often the  concern of a section or a class within the country. It was only those classes who had any rights. As the  systems of civilization were more or less self-contained and closed, the dispossessed classes within the country reconciled themselves to their fate. In many cases they were unaware that  any system other than that to which they had been born was at all possible. There were, no  doubt, revolutionary changes in human affairs from time to time. More often than not, these   changes occurred when two divergent cultures or world outlooks met. Today the situation is   entirely different. The continuous condensation of space and time is bringing different  regions of the world more and more into contact and compelling, through comparison of   conditions in different areas, a movement towards uniformity within the country itself. A  charter of human rights today must therefore be based on the recognition of the equal claims  of all individuals within one common world.

It is necessary to emphasize this because of one fundamental flaw in the Western conception of human rights. Whatever be the theory, in practice they often applied only to Europeans  and sometimes to only some among the Europeans. In fact, the Western conception has to a  large extent receded from the theory and practice of democracy set up by early Islam, which  did succeed in overcoming the distinction of race and colour to an extent experienced neither  before nor since. […] It is against the background of a compelling movement towards uniformity that we have to examine the different existing conceptions of human rights. […]

The problem of the twentieth century is to reconcile the conflicting claims of liberty and security. A new charter of human rights must secure to each individual, irrespective of race,  creed, colour or sex, the minimum requirements for a bare human existence, viz:

These are the four basic rights on the enjoyment of which all other rights depend. It will be noticed that they appertain to the security rather than the liberty of the individual. This is only a recognition of the fact that liberty is essentially a social concept and has no significance  outside society. On the other hand, society itself is based on the need for security and therefore the demands of security must take precedence over the demands of liberty in  respect of the minimum human needs.

The totalitarian systems have enriched our conception of human rights to the extent that they have compelled recognition of this fact. Their error seems to be that they have drawn no limit to the precedence of security over liberty for the individual. Both theory and experience,  however, indicate that, once the basic minimum of security is reached, human beings place  greater value on the rights and claims associated with the concept of liberty. Freedom of  conscience or worship may be meaningless for a person whose mental faculties are restricted  to the existing superstitions of his environment, but the moment he has attained some  intellectual consciousness, he attaches the greatest value to the right of freedom of thought.  Similarly, once the basic requirements of food, clothing and housing have been met, the  individual is willing to forego the claims to their extension and even accept some diminution  in them for the sake of rights like freedom of speech or assembly.

To sum up. The modern charter of human rights must secure to all individuals in all  communities and countries a basic minimum of human requirements in respect of food,   clothing, housing, education and sanitary services. Since this cannot be done without  planning and control, the rights of the individual must be subordinated to the community to the extent required for securing these claims. Once, however, the basic minimum has been  assured, the individual must be at liberty to press for other claims without check or interference from State or society.

The decisive importance of democracy

The crux of the problem is, however, to determine (a) what constitutes the minimum human   requirements in respect of security and (b) the degree of control and interference by the State necessary to secure these basic standards. On both these points there is room for wide  divergence of opinion, and any formulation of human rights would be wrecked unless the  difference can be overcome or methods found to resolve them without conflict or violence.

From this is derived the decisive importance of political democracy. The community as a  whole must decide both what constitutes the minimum human requirements and what degree  of control and authority may vest in the State to secure them. It is true that political  democracy loses much of its significance without economic and social freedom. A residue  of liberty even then exists and there are hopes for its further expansion. Without political  democracy the very possibility of social and economic democracy is destroyed. Political  democracy is therefore the basis on which alone the structure of full human rights can be raised. […]

Similarly in the relation between the group and the world as a whole, it must be the world  which determines both the content of the four fundamental requirements and the method  necessary to secure them. In all other matters and subject to the overriding authority of the  world as a unit to preserve the fundamental rights, each group or community should be free  to pursue such policy as it may desire for realising the values it considers highest.

The implication of this is the creation of a world authority – democratically based on the will  of all groups and individuals of the world – to ensure the achievement of the fundamental  human rights. The lessons of history also point the same way. As already stated, right is itself a social concept and requires the creation of some authority within whose orbit individuals  may enjoy it. Science is making the world into one through constant improvements in  methods of contact and communication. This is breaking down the barriers of separate  authority and of separate systems of rights. The corollary to a world charter of human rights  is therefore the creation of some world authority.

Unfortunately, there seems no immediate prospect for the setting up of such a world   authority. The demand for uniformity of rights cannot however wait, for within the same  system there is no room for different standards. What can be done is to define the minimum  human requirements in respect of the four basic rights mentioned above and ask for an agreement of all States to accept and enforce them. There must also be a similar agreement  as to the degree of interference with individual liberty permissible for the purpose of securing those ends. Thus, the rights to food and clothing involve the obligation to work, but there  must obviously be some limit to the hours of such work, or to the class of persons called  upon to perform such work. A world charter should therefore confine itself to the definition  of the content of the four fundamental human rights and the degree of control and interference permitted to the State for securing them.

Rebel with a universal cause; he named his school 'Abode of Peace', dezembro de 1961