Borobudur rescued; a masterpiece of the world heritage

A man who wrote a chapter of world history, a monument without parallel in the world, the cultural treasures of an ancient city, a community in search of its cultural identity, the quest for peace these apparently disparate subjects, which make up the content of this issue of the Unesco Courier, all form part of the common heritage of mankind that Unesco is pledged to preserve and defend.

The bicentenary of the birth of Simón Bolivar, the great Latin American liberator and the visionary whose noble ambition it was to unify a continent, is celebrated in prose and verse by Arturo Uslar-Pietri and René Depestre.

'Drs. Soekmono and Voûte, respectively Director and former Unesco Co-ordinator of the Borobudur resto ration project, trace the history of the thousand-year-old Buddhist sanctuary of Chandi Borobudur and tell how, after centuries of neglect and abandon, this monument to human genius has been savedfor posterity by a combination of Indonesian pride and perseverance and an effort of international co-operation and solidarity inspired by Unesco.

Erkin Yussupov describes how, over its two thousand years of existence, the "stone village" of Tashkent has grown to become the capital of the Uzbek Soviet Socialist Republic and the fourth largest city of the USSR. One of the cultural cross-roads of central Asia, Tashkent houses a magnificent collection of ancient manuscripts which, as Muzaffar Khayrullaev, Director of the Al-Biruni Institute of Oriental Studies tells us, bear witness to the interpénétration of philosophical and scientific thought and aesthetic and moral values of central Asia over the centuries.

Thousands of kilometres away, in the Arctic Circle, live the Laplanders of Finnoscandinavia, a people united by a common language and a life based on the herding of reindeer. Pekka Aikio describes how the Laplanders are affirming their cultural identity and their right to maintain their ageold way of life. Finally, Constantin Ene explores the complex problems of disarmament and proposes a number of ways in which the cause of peace, vital to human survival, can be advanced. 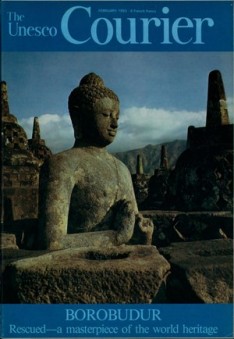