In the 1960s, tourism erupted on a grand scale. This was seen as offering a new opportunity for Third World countries to secure foreign exchange and stimulate economic growth. Their sunny climates, sandy beaches, and exotic cultures attracted a stream of vacationers, and resorts multiplied to meet the demand.

With the oil crisis and the recession of 1974-75, there was a pause in the growth of tourism. The end of the boom gave new urgency to existing concerns about whether tourism produced sufficient gains for developing countries to justify the investments required.

In addition to doubts about whether tourism yielded economic returns commensurate with its economic costs, there was a general questioning of some of the basic assumptions about the relation between development and economic growth. In the case of tourism, these doubts were reinforced by the belief that it brings larger adverse social and cultural effects than does development of other sectors.

Tourism is in one important respect different from other potential export activities: the ultimate consumer of the goods and services comes to the exporting country rather than having most goods and services delivered to him at home. An analysis of the economy of tourism therefore requires more careful attention to transport and marketing arrangements than in the case of most other exports.

And the very presence of foreigners in the exporting country is widely believed to generate significant social effects by demonstrating alien and, what is perhaps worse, unattainable life-styles and values. Furthermore, there is strictly speaking no such thing as a "tourism industry", analogous to industries as normally understood (construction, steel, agriculture).

Instead, tourists purchase goods and services from a variety of industries, with usually rather less than two-thirds of their expenditures being in the hotels and restaurants normally identified with the tourism sector.

Despite these differences, the problems special to tourism in developing countries still need to be set in the wider context of development, and the main questions addressed for tourism must fit in with the more general considerations of policymakers.

Dominant development concerns have changed over the past three decades. With much oversimplification, it may perhaps be said that an earlier simple faith in the merits of economic growth as such has given way to questions about the balance of that growth and the distribution of material benefits. Also, the very definition of development is being challenged, not only in its economic interpretation but in its social, political, and human dimensions as well.

Since 1970 a series of Unesco-sponsored Intergovernmental Conferences on Cultural Policies has stressed the importance of cultural development as an essential component of the general development of countries. Even so, the cultural and non-material aspects of development are still often neglected by those responsible for making the crucial policy decisions both nationally and internationally.

Growth alone may not suffice to overcome poverty within a reasonable time, and the distribution of the material benefits of development among the poorest countries and the poorest population groups within individual countries requires special attention. From arguments about the general effects of different development strategies on distribution of income, attention has come to rest on the staggering number of people, more than 900 million of them, living in absolute poverty.

More than ever before, the development community is searching for means that will enable the poor to provide for their basic needs through more productive work, more widely available social services, and increased participation in political decision-making. It needs to be considered whether the deliberate and large-scale development of tourism, conceived as a major net earner of foreign exchange, leads to results consistent with this newly identified goal of development.

"One-world" arguments question whether the pursuit by all countries of rapidly rising mass consumption will be feasible for much longer, given the consequent environmental deterioration and looming exhaustion of non-renewable natural resources. According to this view, further rises in the consumption of the rich will increasingly conflict with attempts to improve the living standards of the poor. The consumption patterns of international tourism are a particularly conspicuous example of the consumerism that is now being challenged in the industrialized world, out of reach of the poor countries' masses but within the reach of their elites.

The study of tourism and its effects has not, on the whole, taken a great deal of account of these broad issues. The dangers of this oversight are twofold. First, such tourism as does take place may not be planned so as to generate a maximum effect on development. Second, a pro- or anti-tourism stance might be taken up without real evidence to support it.

In the past, sociocultural issues and effects on arts and crafts have been at best considered as afterthoughts by tourism planners. They have not usually been equipped to deal with such questions even if there was a lone non-economist on the staff.

Virtually never assessed nor predicted beforehand are possible changes in the social structure of tourism development areas, likely modifications in class relations, and the more general potential consequences for the local area of attracting the interest of groups with economic or political power in the national or transnational sphere. These social changes, together with important material effects on employment and income, are of course, precisely the results that determine whether the process of tourism development is judged good or bad by the people affected.

I believe that it is worth attempting to analyze the impacts of tourism in the light of the development issues mentioned above, and that such an analysis will benefit from reference to the lessons on social and cultural impacts learned from other projects or other societies. 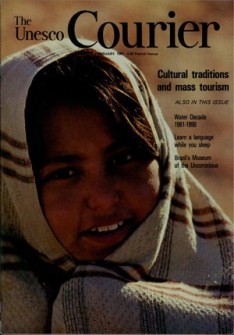