The Enigma of beauty

Many thinkers have sought universally acceptable principles of beauty and aesthetic value but their quarry has proved elusive. "The trouble about beauty," Sir Ernst Gombrich has written, "is that tastes and standards of what is beautiful differ so much." The French poet Paul Valéry gracefully side-stepped the issue when he said that the beautiful is that which drives us to despair.

The modern world has largely abandoned this quest. Here as in other fields the spirit of relativism has triumphed, swept away authoritarian concepts, and frustrated attempts to reduce the many forms of beauty to a single Ideal such as that sought by the ancients. In some significant works of modern art the idea of perfection, of "getting it right", has been rejected. The onlooker is induced to feel that there is beauty in all things.

Paradoxically, beauty asserts its presence and its essential unity through the very diversity and ubiquity of its manifestations. Although it may escape intellectual analysis, it proclaims itself to the senses. There may be no golden rule, but a sense of beauty has always existed, fluctuating constantly in the human mind. 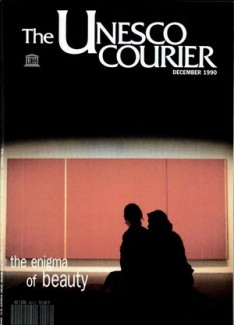