Is the state of exile, which was for so long the exception, now becoming the rule?

To be expelled from a community in the far-off times when communities regulated every detail of their members' lives was tantamount to receiving a death sentence. Not only did exiles face the future alone, bereft of the protection of the group, they also forfeited all contact with their ancestors and with their gods, as well as the possibility of setting up hearth and home. An individual banished from a community was a lost soul.

For communities themselves, exile was a collective disaster when, after being defeated in an unequal struggle, their survivors were reduced to slavery. The victors severed the tics of continuity that bound the defeated peoples to their past, keeping them alive for callous exploitation as beasts of burden with no identity as human beings.

It is true that there were more tolerable forms of exile. Exceptional people princes, doctors, engineers or artists who were constrained to leave their homeland, usually for political reasons, might sometimes live comfortable lives and even enjoy privileges and positions of influence in prosperous states. But they never ceased to be foreigners. An essential part of them remained anchored in a homeland that became mythologized by time, nostalgia and regret.

With the colonial conquests of the fifteenth and sixteenth centuries, the notion of exile changed. The great voyages of discovery, advances in navigational instruments and techniques, and the growth of a permanent network of exchange across the oceans paved the way for a global market. In the course of time, large numbers of people emigrated in search of regions more politically clement or more economically promising. For these migrants uprooting was not a punishment or a calamity. It might be an adventure, at one with the spirit of change that was the hallmark of the new era. They were embarking on another life, but one whose hazardous nature they freely accepted. They saw the country of their birth as a distant, stable landmark in a shift ing world, a haven of certainty amidst the vicissitudes of life.

Until the second half of this century, however, exiles everywhere belonged to a very small minority. Demographic stability was the rule; population movements were the exception. Today things have changed. The international market, which formerly encompassed national markets whilst respecting their frontiers, is now in the process of abolishing those frontiers. The major economic, financial, technological and information flows criss-cross the planet.

A demarcation line now runs through all countries, dividing those who participate in the age of globalization from those who cannot adjust to it and seek imaginary escape-routes from it by withdrawing into hermetic nationalist, denominational or tribal worlds of their own. Not that all those affected by the high tide of economic globalization are privileged. Far from it. A minority holding the levers of economic power and the cultural values that open the doors to success are obtaining unprecedented power, freedom and outlets for expression. Meanwhile, hundreds of millions of men and women are gradually being driven from the rural areas, regions and countries where they were born as a result of economic impoverishment, political terror or war - and involuntarily thrust into nearby or distant centres of growth.

Their tragedy is that, although they have no future in their own land, they have little chance of prospering elsewhere. If the winners of globalization feel at home wherever they are, the losers feel excluded both from a homeland where they would have preferred to stay or to which they dream of returning one day, and from the countries to which they have emigrated, where they are generally looked down upon and do not "fit in". For the happy few, exile is freely chosen and creative; for the vast majority it is enforced and alienating.

This gap is even more intolerable because while it is widening the world looks on through the universal eye of television. It is a potential time-bomb. The frustrations it causes and the tensions and violence it provokes arc bound to get worse if nothing is done to counterbalance the chaotic, inegalitarian tendencies of the market.

For the time being, however, the privileged inhabitants of the planet are more inclined to defend their vested interests than to share the fruits of their prosperity. They cordon off their territory with illusory barricades and in so doing respond to the outsiders knocking on their door with some of the most retrograde arguments of the fundamentalist canon.

They forget that their own power is indissociable from the globalizing process that manufactures these outsiders. Above all, they forget that the revolutionary ideas of liberty, equality, law, justice and solidarity have played just as powerful a role in the drive to world unification as market forces. It is these ideas which sustain human creativity, advances in science and productivity, and the security of intellectual and material exchange. They have long been the prerogative of a small group of nations. They can no longer remain so. In today's open world, if their benefits do not go to all, they will be lost for everyone. 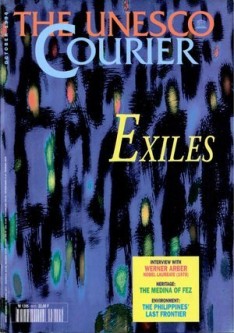