The first years of children’s lives strongly influence their future and particularly their performance in school. Numerous studies show that investing in early childhood care and education pays off, notably in developing countries. Nonetheless, efforts made to meet early childhood care needs are generally insufficient.

It appears a priori that all conditions have been met for early childhood care and education to be the focus of attention from all sides. First, the Convention on the Rights of the Child, with its near universal adoption, has helped to shape early childhood policies. It’s also the first goal of Education for All, taken on by the international community as an outcome of the 2000 World Education Forum in Dakar. We know, furthermore, that children’s early years determine their future, notably their performance at school, as numerous studies have shown.

The best-known study on the subject is the High/Scope Perry Preschool programme, conducted in the United States between 1962 and 1967 and followed up at regular intervals since. The study examines the lives of 123 African Americans attending the preschool in Ypsilanti (Michigan), born in poverty and at high risk of failing in school. At ages 3 and 4, the subjects received a high-quality preschool program. They were then evaluated once a year until age 11, then several more times in the course of their later lives.

The results showed that they were more successful than the rest, as 65% of them finished high school, versus only 45% of those who did not participate in the programme. They also reported higher earnings (60% of them make more than US$20,000 annually, versus 40% in the other group). “Generally speaking, there is a very high return on investment. This is an important fact for poor countries to take into consideration,” comments Nick Burnett, Director of the EFA Global Monitoring Report, whose 2007 edition coming out on 26 October focuses on early childhood education. Investing in early childhood is thus a key to reducing poverty.

Yet early childhood – meaning the period from birth until primary school age – is still treated as the poor relative in education. In almost half the countries in the world, no formal structure exists for early childhood education, and public spending in many cases remains paltry.

What donors give for early childhood education represents on the average 10% of what they give for primary school. Differences are marked among regions: prevalent in industrialized countries, pre-primary schooling reaches 62% in Latin America and the Caribbean, far ahead of South and West Asia (32%), the Arab States (16%) or Sub-Saharan Africa (12%). (Source: 2007 EFA Global Monitoring Report)

These figures require further interpretation, because one characteristic of early childhood education is not relying entirely on educational institutions. “Contrary to what happens in the primary and secondary sectors, it involves actors in the informal system, such as families and communities,” explains Hye-Jin Park of the UNESCO Basic Education Division. While in Europe we consider that the state has a legitimate role, this is not the case in other regions. Some countries consider early childhood to be entirely the responsibility of private initiative. “There is no general consensus on what domain is the state’s and what is the family’s,” says Burnett.

Learning to live in society

“In fact, it’s not easy to define what is good for children,” adds Anne-Marie Chartier, teacher and researcher on the history of education in Paris. A recent example: the debate in France between teachers and child psychiatrists on whether children should start school at two years old. The issue is all the more controversial because early childhood education concerns not only education, but also nutrition, health and cognitive development. “What you learn at that age,” says Pepa Del Val, teacher at Our Lady Of Wisdom School in Madrid, “is of course to hold a pencil, but it’s more about sharing and respecting others – becoming little people who can live in a society.”

Over time, early childhood care and education is making progress almost everywhere in the world: preschool attendance has tripled since 1970. “More and more women want to work. This trend, along with the decline of the traditional role of the family, increases the demand,” explains Burnett. Nonetheless, the children who stand to benefit from early learing opportunities are those most likely to be excluded. Good quality programmes have the potential to advance children’s rights and make a dent into staggering figures of deprivation: even today 10.5 million children in the world die of avoidable diseases before the age of five. 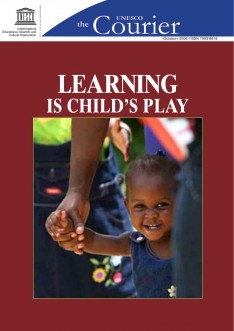