Man and the biosphere

To mark the tenth anniversary of the launching of Unesco's Man and the Biosphere (MAB) Programme in November 1971, this issue presents concrete examples of what MAB has achieved in four major priority areas of ecological research during the past decade.

As Francesco di Castri, director of UNESCO’s Division of Ecological Sciences understands, ecology is the genesis of a science of man and nature. It is both a mixture of natural science and a human science.

The period has seen the concept of ecology itself evolve to become an interdisciplinary, problem-oriented science, centered on man.

It provides a new and realistic basis for reconciling the seemingly contradictory demands of conservation and development. 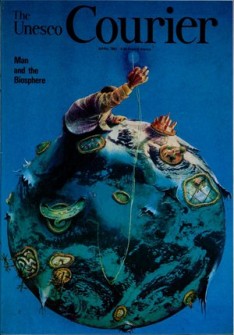