The two essential characteristics of the sacred are separation and inviolability. The sacred is regarded as separate because it is inviolable. When it is touched, it is profaned.

The sacred is a force which can be beneficial or malign. By virtue of the superhuman powers vested in it, it may in some circumstances cause dire peril, and even resemble a malediction. Essentially, however, it is a creative, fertile, fortifying element which has the virtue of consecrating all that comes near to it. It is not only a value superior to others: it is invested with plenitude and dignity. Like everything divine and transcendent, it can only be apprehended by way of analogy. The sacred shines with an absolute glory which dims all other values and shows up their obscurity and inadequaciesin a word, their profanity.

Direct perception of the sacred is impossible except in the mystery of faith, but people feel it as a tangible presence and experience its manifestations in their lives. To apprehend the sacred, we must call on the concept of mystery.

Learn more about the sacred places in the world. Read this issue. Download the PDF. 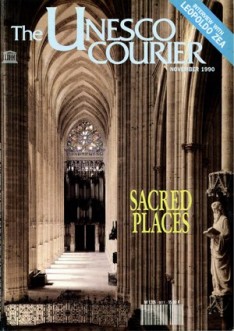