The Prime Minister of Israel was assassinated on Saturday 4 November as he was leaving a peace rally in Jerusalem. He was murdered by a Jewish fundamentalist who was reported as saying that he had "acted on God's order" to punish Yitzhak Rabin because Rabin had agreed to share Palestine with the Palestinians.

"The hawk with wings of a dove" was one of seven persons, each honoured as a peacemaker by UNESCO, profited in the previous issue of the Unesco Courier. These exceptional men violated tribal taboos because of their belief that, by acknowledging the position of those who differ from them, people gain stature rather than lose it. Abraham Lincoln and Mahatma Gandhi are but two of the great historical figures who paid the price for overstepping this mark before Yitzhak Rabin. Who, one wonders, will be next on the list? The same threat hovers over Peres, Arafat and Mandela.

Political assassination, the supreme weapon of terrorism, is not a new phenomenon. It makes its grim appearance at turning points in history when, after a long period of violent confrontation between two camps, a chance of reconciliation suddenly appears. A leader who is bold enough to seize that opportunity becomes a vulnerable target for those on his own side who are totally committed to the violence on which he has turned his back. He has understood that the conflict must end; they think that it must go on forever. He has begun to believe that the enemy can become a neighbour, a partner, a friend. For them the enemy will always be the enemy.

In the period we are living through today - as Jean Daniel remarks in the interview published in this issue2-people in many countries are being driven by suspicion and rejection of the unfamiliar and are hauling up drawbridges against the outside world.

At a time when the process of globalization is bringing us closer together, those who are of a receptive, conciliatory frame of mind are being challenged by those whose reaction is to exclude and reject. In such conditions, political assassination may well spread.

This is a threat it would be absurdly simplistic to combat only with the weapons of repression and counter-insurgency. To get to the root of the evil it is necessary to attack what lies at the heart of all fanaticism-the conviction that one has a monopoly of a higher truth, that one's cause is more valid than all the rest, especially when it bears a label that is supposedly of divine manufacture.

It cannot be repeated too often that what is sacred is life, dignity and individual freedom; that each people has its own interests and should see that they are respected, but that it has no right to set them up against the wider interests that it shares with humanity as a whole.

All this is admirably set forth in the Universal Declaration of Human Rights proclaimed fifty years ago by the United Nations. Now is a particularly good time to read this document again. 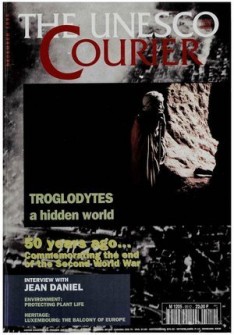