This year marks the 30th anniversary of the foundation of Unesco. Born at the end of the Second World War, on 4 November 1946, Unesco has seen its membership grow from 20 countries in 1946 to 136 today.

On the one hand, this issue focuses attention on Unesco's early years and its first Director-General, Julian Huxley, who died on 14 February 1975.

On the other hand it presents a Unesco perspective on some of the major problems of the world today. The August-September double issue will present Unesco's 30 years of activity in comic strip form. 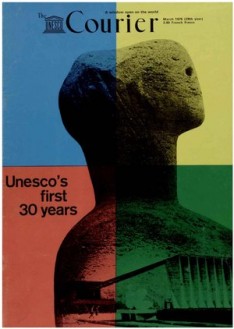