On August 30, 1623, while Madrid drowsed in the relentless heat, a group of men walked briskly through the galleries and cool rooms of the royal palace which led to the King's chambers. At their head strode a dark young man whose long upturned moustache emphasized a strong, tip-tilted nose. His long black hair fell in waves over a collar of white lace. His eyes sparkled under strongly marked brows and his cool manner gave no hint that in the next few minutes his whole future would be decided.

The doors of the royal chamber opened and Don Diego Rodríguez de Silva y Velázquez was ushered in. The young man knelt and bowed his head. When he rose, he saw before him for the first time, King Philip IV of Spain. 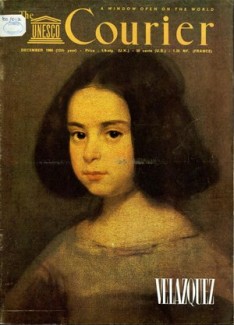