Today, discounting water flowing in from neighbouring countries, twenty-six countries, collectively home to 232 million people, fall into the water-scarce category. As many of them have very high population growth rates, their water problems are deepening fast. Africa has the largest number of water-scarce countries, but the Middle East is the most concentrated region of scarcity in the world, and tensions over water rights there could ignite during this decade.

Other parts of the world have not been spared. Symptoms of water stress exist, not just in the water-scarce countries, but in parts of water wealthy ones as well. When groundwater is used faster than nature replenishes it, water tables fall and eventually the underground supply becomes too expensive to keep tapping and too salty to use. Overuse of groundwater is now endemic in parts of China, India, Mexico, Thailand, the western United States, North Africa and the Middle East. 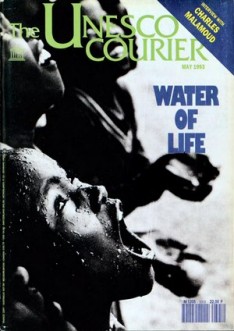