More than 5,000 different languages are currently spoken in the world, with a very much larger number of dialects. Many of them are mutually unintelligible or virtually so, and are spoken by small groups of people.

The need for communication across linguistic and cultural boundaries which has become even more pressing and widespread in recent decades as a result of dramatic increases in the movements of people in many parts of the world can be met in a number of different ways. One common method is for speakers of two different languages that are used adjacently to each other to learn to speak, at least to some extent, the language of their neighbours. This is called active two-way bilingualism. If only one of two groups that speak different languages learns the language of its neighbours, this is called active one-way bilingualism. For instance, if two neighbouring groups live near the seashore but only one of them has access to the sea and possesses a commodity such as salt or fish that the other group is eager to acquire, the sellers of such commodities are in an economically more powerful position than the potential buyers, and their language takes precedence over that of the inland tribe when contact occurs. 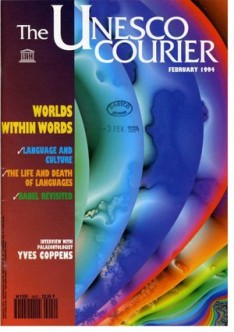